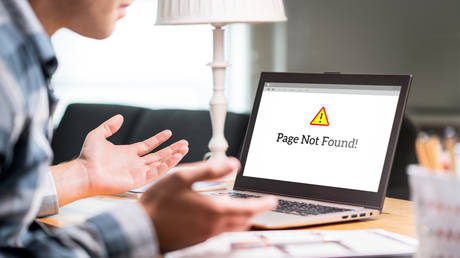 Video games, travel, web streaming services, banking, and shipping are among the industries affected by a problem with cloud provider Akamai Technologies, which appears to have taken thousands of websites offline worldwide.

Akamai is experiencing a service disruption. We are actively investigating the issue and will provide an update in 30 minutes.

Gaming platforms Steam and PlayStation Network, travel services Expedia and Airbnb, shipping giants UPS and FedEx, and banking and financial institutions such as Chase, Discover, Capital One, Fidelity, and American Express were among others to report disruptions to their web services.

The problem appears to be due to an “emergency issue” with the Edge DNS service at the provider Akamai, which said it was “aware” of the problem and “actively investigating” it. The Domain Name System (DNS) acts as the internet directory, translating website names (URL) into IP addresses.

The Internet’s Domain Name System (DNS) is supposed to be decentralized, but it’s become concentrated among major providers. Akamai, based in Cambridge, Massachusetts, next to the MIT campus, has rendered huge swaths of the Internet inaccessible due to a massive ‘Edge DNS’ fail pic.twitter.com/Cton7uNcH4

Mo Africa News: Multiple explosions and gunfire could be heard in downtown Kabul as the residence of the country’s defense minister came under attack by suicide bombers. The minister and his family are reportedly safe, but there are casualties. A car bomb went off in the Shirpoor neighborhood of Kabul on Tuesday evening, around 8pm […]

Mo Africa News: SEOUL: North Korea is releasing emergency military rice reserves as its food shortage worsens, South Korea’s spy agency said on Tuesday, with a heat wave and drought reducing the country’s supply. The country’s moribund economy is continuously being battered by the protracted Covid-19 pandemic, and while mass starvation and social chaos have […]

Mo Africa News: England and Wales suffered a record high number of drug deaths in 2020 during the Covid-19 pandemic, following in the footsteps of Scotland and the United States, which experienced a similar rise. There were 4,561 deaths from drug poisoning last year – up 3.8% from 2019 and the highest number since records […]