Two persons are feared dead after the vehicle they were travelling in was involved in an accident at Tsito along the Ho-Accra highway.

The incident involved a Ford pickup with registration number GE 2853-17, which was heading to the cemetery after a burial service of a former lecturer at the University of Ghana. 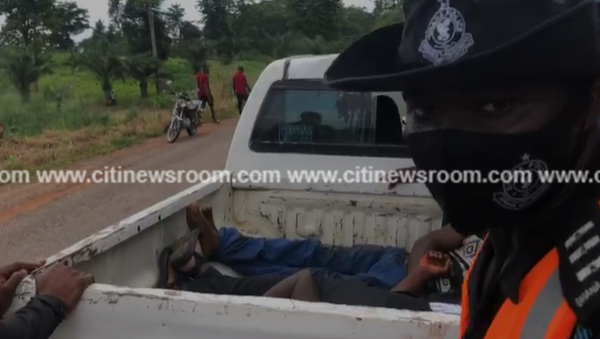 Six others also sustained various degrees of injuries as a result of Saturday’s crash. 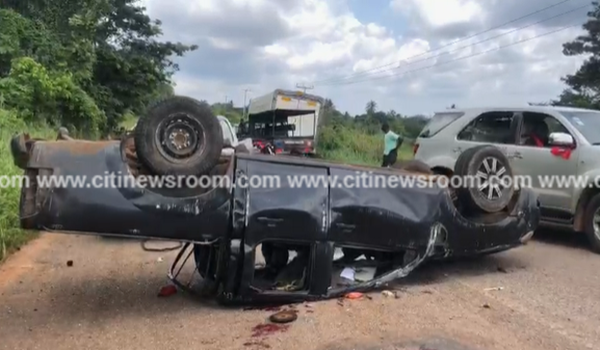 Eyewitnesses say the driver of the Ford pickup was unable to avoid a pothole in a curve after an oncoming car showed up and fell into the pothole, leading to the car somersaulting. 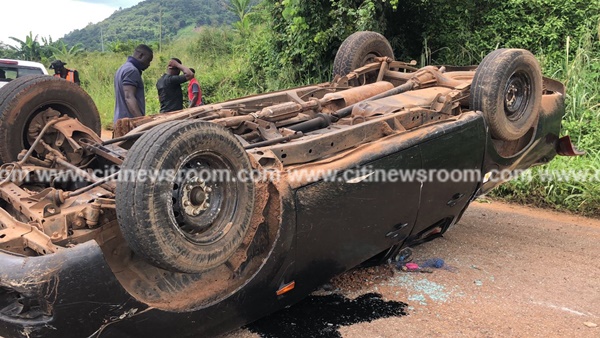 Officials from the Ho West District Police Command, who were directing traffic during the procession, rushed to the scene to maintain law and order and also send the victims to the Ho Teaching Hospital. 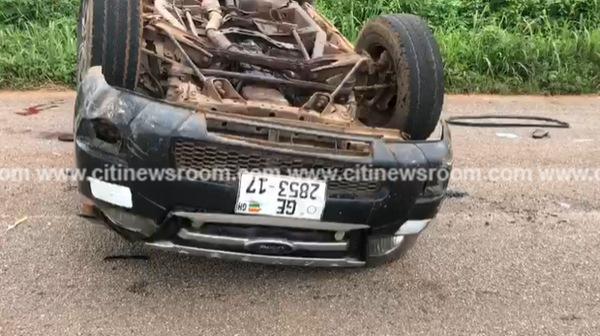 “This is a serious accident. But we weren’t here when it occurred. So, we are yet to ask eyewitnesses how the whole thing happened. We are even yet to know the occupants of the vehicle. We have taken the injured to the hospital, so later investigations will determine what actually took place”, District Police Commander for Ho West, DSP Sebastian Maya said. 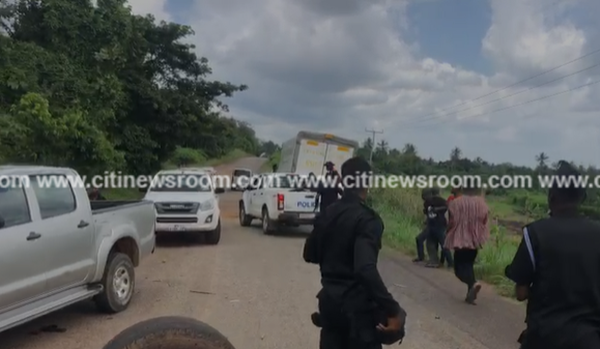 More than 70 passengers escaped unhurt after a Metro Mass Transit Bus conveying worshippers to a prayer camp caught fire in Kumasi. The bus which picked up the worshippers from Suame was headed to a prayer camp at Adadietem in the Ejisu Municipality, where congregants of the Pentecost Church Ghana, usually converge to worship. The […]

The 8th edition of the Ghana Oil and Gas Awards (GOGA), on Friday, December 3, 2021, announced its winners at the Kempinski Gold Coast Hotel in Accra. The all-important event organized by Xodus Communications in partnership with the Ministry of Energy, seeks to reward those that have played a defining role in moving the Oil […]

The Member of Parliament for Karaga in the Northern Region, Alhaji Dr. Mohammed Amin Adam, affectionately known as Amin Anta has yet again offered his profound assurances to play a pivotal role in the educational journey of students in his constituency. He made these remarks when he addressed a gathering of 70 student-beneficiaries of the […]

A 44-year-old man, Alhaji Mashud Muhammed from the Mion District of the Northern Region, has been adjudged the 2021 Best National Farmer at the 37th National Farmers Day Awards hosted in the Central Regional Capital, Cape Coast. He received GH¢600,000 sponsored by ADB and a two-bedroom apartment, among other prizes. Over 160 farmers were awarded […]